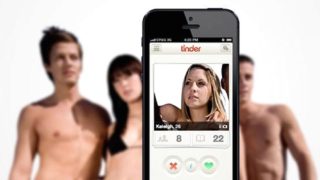 For those who didn’t see my story, I, as well as hundreds of other men, got catfished by this girl via tinder. Her and her team of troublemakers texted identical messages to each of us instructing that we meet her at union square park 6pm Sunday August 19 2018. When I arrived, I noticed, as well as hundreds of other men,that my date, Natasha Aponte, @natashavaponte was on stage mc’ing this social experiment called the “Tinder Trap” ran by Rob Bliss, @robblissgr.This experiment insisted that we, men, compete against each other and whoever won was granted a 30 minute date with Natasha. The crazy part is some of the guys actually participated in this competition, doing jumping jacks, push-ups, racing etc, which I found completely absurd due to the fact that we were all manipulated bro.When I found out I wasted my time and my money to be nothing but a statistic in an unethical social shitshow, I was left merely appalled, not at the fact that I got catfished but at the fact that Natasha with the co-sign or @robblissgr had the audacity to exploit hundreds of men for the purpose of a “social experiment”, one that radically goes against the moral grounds of any fundamentally sound individual.My initial reaction was to walk away and go back home which I started to do, but I felt I had to say something. So I walked back to this debacle, hopped on stage, grabbed the mic from Natasha, on some Ye shit and told her what she was doing was simply wrong and unethical, and that she was a bitch. All the other catfished men seconded my sentiment. But I barely got a couple sentences out before security grabbed me and told me to leave. Since it was a public event they couldn’t kick me off the premises, so I decided to stay and witness the conclusion of this atrocity.Once it finished I decided to give some more words, which then led to some weak ass punk security putting his hands on me, barely mustering the strength to take me down. Like what was the point of all of that bro, you weak, homeboi. Got me feeling real macho, even tho I got roughed up. But freedom of speech is a right so exercise when necessary, especially when you know something radically unethical is happening.